Your cart is currently empty.
You are $35.00 away from Free Shipping!

Taxes and shipping calculated at checkout 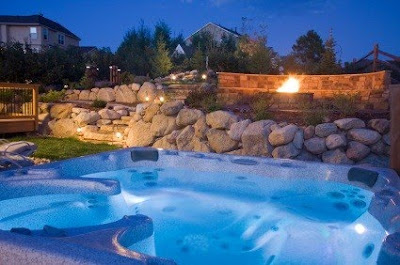 First of all you are probably asking, what is ozone? Ozone is a form of oxygen that is created when electrical energy breaks apart an ordinary oxygen molecule starting a chemical reaction which results in ozone. Oxygen molecules are split, by a high-energy electrical discharge, resulting in two individual oxygen atoms and those individual oxygen atoms unite with remaining oxygen molecules to produce a three-atom molecule of ozone. The weak bond holding ozone’s third oxygen atom causes the molecule to be extremely unstable and thus, very effective as an oxidizer. An oxidation reaction occurs upon any collision between an ozone molecule and an organic molecule, such as bacteria, viruses, fungus and algae, where the oxygen atom held by the weak bond splits off and only oxygen is left behind.

Next I know you are thinking, that is a great chemistry explanation but how does ozone work? An ozonator system duplicates this process and produces ozone safely and in controlled amounts that can help the sanitizing system in your hot tub. When used together with a sanitizer like bromine or chlorine, an ozonator can deeply reduce the levels of chlorine or bromine needed to maintain clean water. This allows you to save money on chemical costs. Ozone has also been credited with helping extend the life of your equipment, reducing maintenance time and cost, and it purifies your water naturally. Ozone eliminates the need for weekly shock treatments as ozone is an automatic, daily, non-chlorine shock. With ozone you will be able to use 60-90% less chlorine or bromine which allows your ozonator to quickly pay for itself.

In order for an ozonator to be effective in helping sanitize your water it needs to run for 4-6 hours per day. 90% of all new spas come equipped ozonator ready and it is very easy to install an ozonator if it did not already come with one. Ozonators do need to be replaced about every 3 to 5 years so if you do have an older one and it doesn’t seem to be working as well as it used to it is probably time for a new unit.

If you a buying an ozone unit for the first time there are a few things to consider to make sure you get the best one for your specific tub.

Spa Size: The larger your spa the more powerful ozonator you will need.

Sanitation Level Needed: If you often have large groups of people using your hot tub, you will want an ozonator that has a more powerful sanitation output.

Electrical Needs:You will need to determine what voltage and style cord you need. Ozonators come with a variety of different cords and in 120 volt, 240 volt, or dual voltage options.

Ozone is a great option for your spa in providing a natural sanitizing system while allowing you to save money on chemicals. You will eliminate the need for weekly shocking, which will also save you time. Who doesn’t like to save time and money? With ozone you will have the cleanest, clearest sparkling water that can be found in any hot tub!
Previous Post
Spazazz RX Spa Aromotherapy

Added to your cart: