Your cart is currently empty.
You are $35.00 away from Free Shipping!

Taxes and shipping calculated at checkout

What is a Shock Treatment? 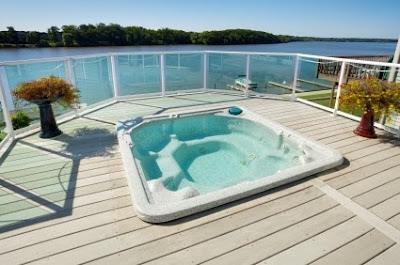 The main purpose of a shock treatment is to break down organic waste contaminants that cause odor and cloudy water. Shocking also converts irritating chloramines back to active chlorine and if a bromine sanitizer is used a shock treatment activates the bromide ion and it becomes hypobromous acid in water, a good sanitizer.

Regardless of what type of sanitizer you use in your spa, we recommend shock treating at least once a week to maintain the cleanest clearest water possible. Regular shock treatments will also ensure the best performance from your sanitizer. If you use a biguanide sanitizer, you will want to check with your supplier to make sure you use the correct form of shock that is compatible with your sanitizer.

There are two types of shocks available non-chlorine shock and dichlor (chlorine) based shock.


For non-chlorine shock, we recommend either Spa Pure Spa Oxidizing Shock or ProTeam Spa Oxidizing Shock. Both of these are an oxygen-based shock referred to as a monopersulfate compound (MPS). They are widely used and preferred because they have very little to no chemical odor.

This shock can be used with bromine, chlorine, Nature 2, and Frog systems. Used together with your primary sanitizer it should keep your water clean and clear.


Dichlor shock is also commonly referred to as chlorine shock, as it is made of a form of chlorine, sodium dichlor, often not used as a primary shock occasional use can be very good to clear up water problems. Shocking with dichlor is also sometimes known as “super chlorination.” If you have water problems such as foul odor, slime, algae, mustiness, or cloudy water a dichlor shock treatment is often the fastest and easiest way to clear it up. We carry Proteam Multi Magic Shock for our Dichlor shock, as well as Proteam Sodium Dichlor and Spa Pure Granular Chlorine.

This shock can be used with bromine, chlorine, Nature 2, and Frog systems.

Water problems or not, at Hot Tub Warehouse we recommend using a shock treatment at least once a week, and more for tubs that are used daily to maintain the clearest cleanest water conditions possible.
Previous Post
Spazazz RX Spa Aromotherapy

Added to your cart: